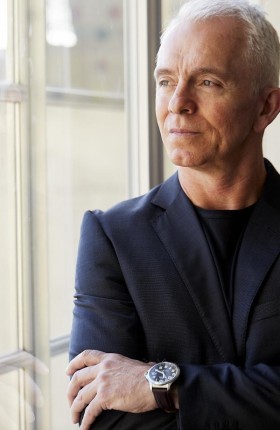 How to practice Mindful Introspection (Examining of The Self)

Once you’ve started practising mindfulness by noticing your breath as well as your thoughts and feelings you might begin to wonder what exactly is the part of you that is doing this noticing. The Buddhist tradition states that cultivating mindfulness in turn cultivates a sense referred to as “introspection” (or “sampajanna” in the original Sanskrit). Buddhist scholar Alan Wallace explains it as involving “the repeated examination of one’s body and mind.”

So, for example, as you practise mindfulness of breathing introspection is being able to notice when your breath has been distracted by thoughts and that you have lost focus. Introspection promotes awareness of the body and it’s possibilities. But you shouldn’t view introspection as wholly inward facing “navel gazing”, as it can in fact be brought into everyday life.

Psychology has also examined this distinctly human capacity for observing your own thinking. Psychologists deem it metacognition, which literally means “beyond thinking.” While it doesn’t map onto the Buddhist idea of introspection entirely, it has a similar focus on the ability to be aware of your own experience.

Some psychologists prefer to call this phenomenon the “observing self” and this is perhaps a more useful term in describing how the process actually operates, i.e. you are simply observing your own experience. So, rather than being caught up in your experience or judging it, you are viewing it like a disinterested spectator would.

In order to really understand the “observing self” you should be aware that the mind is divided into two distinct parts. I’m not talking about the literal physical division of the brain itself into left and right hemispheres, rather that one part of our mental process is what we call the “thinking self.” This aspect of the mind is always at work, generating a constant stream of thoughts in the form of beliefs, memories, judgements, fantasies and plans.

The second part of our mind however, is the one that rises above thinking and is able to simply notice that we are engaged in the process of it. The “observing self” can be thought of as being a bit like a viewing platform from which you can see how your mind operates. It offers you the opportunity to observe yourself and your experience from a place where you can isolate yourself from all that distracting mental chatter and emotional turmoil.

There isn’t really a word in the English language that describes this process of observing the self, but regardless of the lack of nomenclature we often recognise this experience as a state of pure awareness. This awareness can be sparked by a variety of things, such as beauty in nature. For example, recently I was driving in the countryside and was struck by the sight of a spectacular rainbow after a rain shower. Although for a little while I was simply engaged in the process of observing the rainbow, it wasn’t long before my awareness was interrupted by the thought “Oh, I wish I could stop and take a picture!” For that moment, I wasn’t just engaged in noticing the experience but was actively aware of being aware of the experience itself.

Funnily enough, many contemporary Buddhists use an analogy relating to the weather in order to describe this aspect of the mind. They say that the observing self is like the sky, and that mental activity like thoughts and feelings are like the continually changing weather conditions imposed upon the sky. The sky doesn’t cling to specific weather conditions, nor does it try to actively change “bad” weather, the weather just is. Thus, despite the presence of sometimes distracting weather the sky can always be accessed by rising above the clouds.

Introspection is a process that helps to create distance from your thoughts and emotions so that you can avoid being swept up in them. By doing so, you can become more aware of the inner workings of your mind and its effect on behaviour. There is also an added therapeutic benefit to observing the experience rather than thinking about it.

By “naming and explaining” the thoughts and feelings that you are currently experiencing, you can avoid being overwhelmed by them as they are reduced to the status of mere mental “events.” For example there’s a big difference between thinking that you’re feeling sad or angry, and recognising that you’re having sad or angry thoughts. The latter approach allows you to detach yourself from destructive mental processes.

Consequently, introspection allows for greater mindfulness, as it allows you to distinguish between merely experiencing something and identifyimg too closely with it. It is both a gateway to greater self-awareness, as well as awareness of your effect on the world around you.

If you are looking for practical tips and activities to develop your mindfulness do have a listen to a series of podcasts I have put together, which can be found here.

Martyn Newman Ph.D., D.Psych., is a clinical psychologist specialising in Emotional Intelligence and Mindfulness. His new book, The Mindfulness Book: Practical Ways to Lead a More Mindful Life, was released in the UK on the 22 September 2016. To order click here.